Contrary to popular belief ambulances are not a modern miracle. Its history dates back to over 5 centuries around the time of the siege of Malaga by the Catholic monarchs against the Emirate of Granada. The word itself is a combination word from Latin and French. The word Ambulant in Latin meant “to walk”. The French used it with a combination to call it “Hospital Ambulant” that literally meant a moving hospital. Advance in medical sciences over the years saw it transform from a horse-drawn carriage to our modern day fully equipped vans ambulance on demand app.

The beginning of the ‘moving medical carriages’

Treatment of many diseases was not found in the earlier times. This is why they had to be transported securely away from the rest of the community to prevent damage. Severe medical conditions such as leprosy and mental problems “treated” by forceful removal from the society. The earliest records of such transport indicate that they created by the Anglo-Saxons and were in the form of hammock based cart.

It might come as a shocker that the earliest recorded medical transportation units were more ostracizing in nature than treatment based. However, keeping the sick away from the healthy population was probably the best way to treat people in that time.

Making it available for civilians

The introduction of a transport carriage in London in the year 1832 was a major breakthrough in opening Ambulance services for the civilian population. The Times newspaper said, “The curative process commences the instant the patient is put in to the carriage; time is saved which can be given to the care of the patient; the patient may be driven to the hospital so speedily that the hospitals may be less numerous and located at greater distances from each other”. This is a clear indication that people from all over the world have been concerned with making medical facilities accessible as soon as possible to the one suffering.

With time and modern medicine, things have taken a completely different shape today. A lot of money spent on research and development of health facilities to ensure that mankind has a comfortable life. Medicine, as we know it has come a really long way, fought many battles and evolved into a better and stronger entity than it has ever been.

The ambulances restricted to carry only the untouchables and terribly disease riddled bodies from one place to another can today handle surgeries while on the go. It made possible because of the steady growth of technology in harmony with medicine.

Technological advancements, education, and dedication of scientists have resulted in state of the art ambulances that can handle serious surgeries such as open heart transplants too right inside an ambulance.

Today, ambulances remind us of transformers. They packed with custom fittings to support their particular duty. There are different kinds of ambulances today. You will have special ambulances that cater to childbirth. Others that focus on heart-related troubles, some that lay emphasis on trauma and so on and so forth. Each built to fulfill a unique role; these ambulances are now, a mighty industry in themselves.

There are many improvements (apart from the medical facilities) in the ambulance. The signal system, the auditory warning system (siren), visual warning system (beacon) and other colors incorporated to make the people aware that someone injured or sick is traveling and needs immediate attention. Additions such as tail lifts, ramps, and winches have made it a lot easier to transport the patients.

Ambulance as a business

Health is something no one likes to gamble with. People are pretty serious about these things. That and specialization to a large extent makes it possible for people to get the immediate medical facility. This is why many premium hospitals offer such paid ambulance services. In order to tap into the potential of this market, many people are entering the digital space.

The digital market means mobile apps or websites. On demand ambulance services or On demand medical transport is a great application that is picking up great popularity these days. Most entrepreneurs these days aim at getting the most out of any business almost instantly. For this, people aim to get readymade apps. It enables them to launch their ambulance on demand app business instantly on the road.

These apps are pretty simple. They allow the users to book an ambulance instantly through their smartphones. The ambulance app shows exactly how far the ambulance is from them. So that they don’t have to wait in uncertainty. This app has many advantages such as instant scalability, handsome remuneration etc. However, the biggest advantage is the ability to help the people who are in need and still making money.

If you too are planning on starting your own ambulance services through ambulance app make sure that you undertake an adequate amount of research. There are many companies the world over, that is making and selling type applications. Before you zero in on what you want to buy you have to make sure that you pay attention to your specific requirements. The market is flooded with types of applications. The only way to be absolutely certain that you are getting what you want is by taking a working demo before you actually invest in something.

There is an ambulance app a dime a dozen, but is a reputable company making them? What is their delivery ratio? What is their success rate? Research a little wisely and make sure that you put your money in only after you are absolutely certain that you are doing the right thing by investing in this app. If you follow the right path you are sure to succeed. Just be wise and stay patient. Don’t back up at the first hurdle you come across. Take your time and stay strong. All the best! 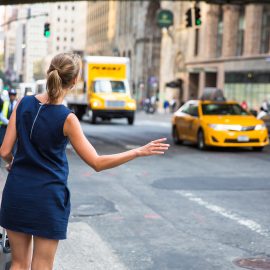 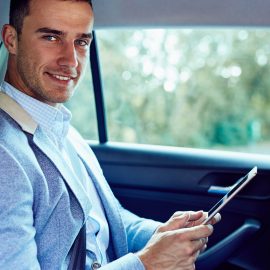