Anyone who lives in Indonesia or has ever been to Indonesia for that matter knows about Gojek. Gojek is a “be all end all” kind of an application that has quite literally changed the way the world looks at taxis. Every time one hears the word taxi; they just assume that it is a car. Well, Gojek introduced the groundbreaking new system of bike taxis. Ojek is the Indonesian word for a scooter. Now, in Indonesia, there are very few cars and too many bikes. Too many bikes mean too many bikers with a lot of spare time. So, what Gojek do next? They systematically modified the bike rental situation into an app-based taxi booking situation. 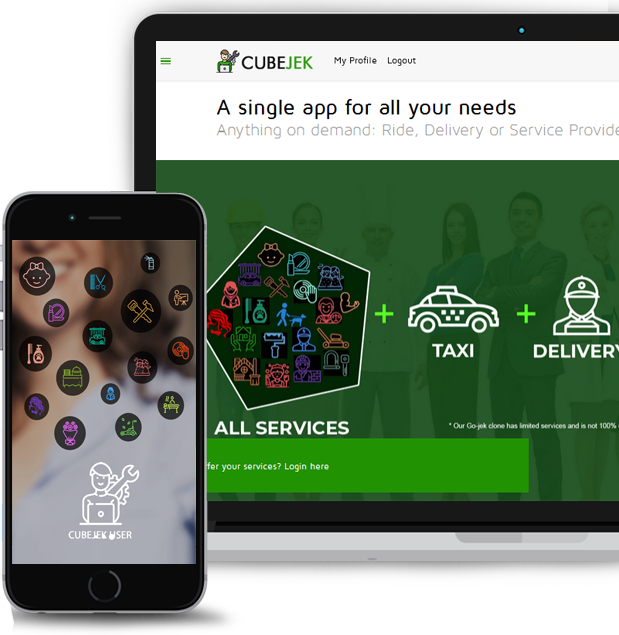 There are many Ojek-ers waiting to pick up people and drop them on their bikes to earn some money. But because there isn’t any organized way to find riders, they miss out on good business. With the entry of Gojek in the market, things started forming a clearer picture.

Gojek essentially made it easy for Riders to locate drivers and book them even if they were out of their visual range. This naturally increased the business opportunities and regulated flow of income. Since it was so easy to spot and get rides with Gojek, more and more bike owners started registering themselves into the app.

That’s where the idea of expansion happened

So, one can think of the delivery services as the PHASE TWO of Gojek’s expansion. So what really began as a taxi service had now taken the shape of a taxi + delivery service. However, they didn’t stop just there. Because of the popularity of the on demand services concept, it had become pretty evident that people would like to avail of services quickly and effectively right from the ease of their mobile phones.

So, gojek took another step and expanded into the realms of service providers. Now, if someone was looking for a beautician to come home and give them a beauty treatment, they could go into their Gojek application and mention their requirements. The app would automatically match someone suitable and assign them the duty. What’s more, today Gojek offers other miscellaneous services as well, such as mobile recharges etc.

What Gojek do next for Future plans & expansion

Gojek’s home ground was Indonesia. It was born there and it continued to grow there. It can be called a very strategic move to have built their entire business in one particular place and then grow it with multiple wings there itself.

Now that it knows the kind of reception of the application and the people there have given to this kind of a service, then it makes sense for them to take the next step and plan an expansion into the other South East Asian countries.

And, why just that. There have been rumors about Gojek spreading its wings towards the western horizon as well. It is believed that since most countries in the Asian sector are already migrating towards concentrated mobile apps that are multi functional, Gojek’s strategy also involves moving to the European countries first and then finally to the Americas.

Exactly what process they will follow or how it might turn out for them is still uncertain. But since it is Gojek that we are talking about, they will surely have a very precise and elaborate plan for the same. Only time will tell how they go about the whole plan in reality.

Why will the Gojek model succeed in South East Asia?

The fact that there are too many bikes in this region is the biggest reason for the success of this model. The thing is, there aren’t too many cars in this part of the world. There more bikes rather than cars here. This is why people prefer to hire bikes to save money and reach places quickly.

Another noteworthy thing is that there are too many apps already thronging the western world. There are different kinds of apps for different purposes but this part of the world hasn’t really been affected much by apps. By offering an app like Gojek, they have made life a lot easier for people here.

Avenues for other app-based businesses

Because Gojek has already paved the way, it is evident that there is a lot of scopes for new entrepreneurs to build their own app based on demand business in this area. The South East Asian market is ripe for the taking. 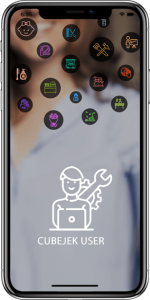 Although gojek does seem to have made its plans for expansion here, whoever enters the market first has the biggest chance to succeed. This naturally makes it the right time to invest in such applications. There isn’t any other competitor here as such. The Gojek clone app that has come into the market. That too can be a very viable option.

If you too are planning on beginning your own Gojek Clone based business, try to look it up on the internet. Some companies are selling readymade apps that can be launched in less than a week. Such options might prove to be extremely cost effective and time efficient. You can put in a single one-time investment and start making money from the first day itself. 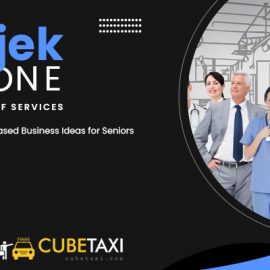 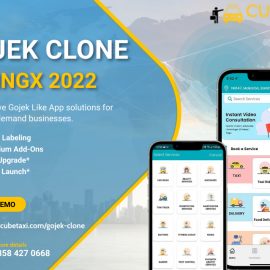